LIS has been described as everyone’s second career. Today we are joined by Brooke Brassard, a new Library Science student who has previously earned a PhD in the field of Religious Studies. She describes her research into the Latter-Day Saints movement in Canada, the process of translating a thesis into a book, and her observations of the intersection of LIS and Religious Studies. 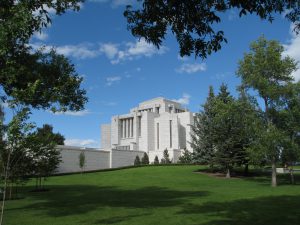 Photo of the Cardston Alberta Temple located in Cardston, Alberta. This is the first temple built in Canada by The Church of Jesus Christ of Latter-day Saints. (FYI: Temples are different than meeting-houses and tabernacles).

Article mentioned in the episode: Vocational Awe and Librarianship: The Lies We Tell by Fobazi Ettarh